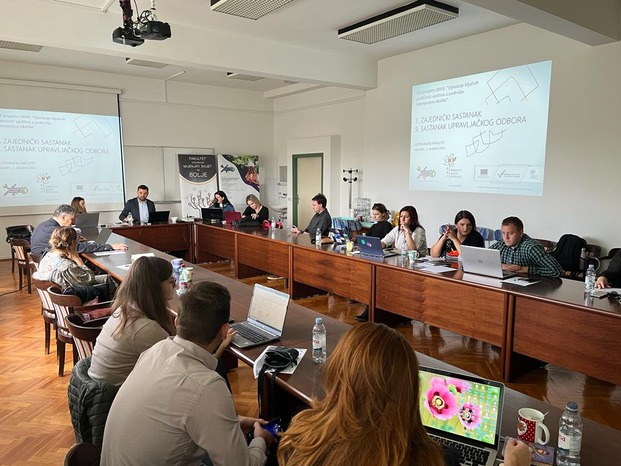 Project manager Hrvoje Meaški announced the intention to the coordinators and members of the working groups of sending a request for project extension to the Intermediary Body of level 1. The project manager stated how the first two years of project implementation, which consisted mainly of the activities that were carried out in groups (educations and workshops) and professional practice of students in institutions, were marked by the pandemic and significant restrictions that either practically made it impossible or significantly slowed down the implementation of planned activities. The entire first semester of the project’s implementation was marked by a “lock-down” or significant restrictions on gatherings and the availability of various institutions, due to which there was practically no possibility of organizing professional practice. Therefore, it was almost impossible to carry out all the planned activities within the given deadlines. After the Project Manager presented his intention to send a Request for Project Extension, the partners agreed and gave their support for sending the Request.

Acquisition of key practical skills in the field of environmental engineering